Knockhill in Fife was the venue for the second annual McRae Rally Challenge at the weekend which saw AMD Motorsport driver Stephen Thompson take second place in class.

Following on from the previous weekend’s class victory on the Dunoon Presents Argyll Rally, Stephen, from Kirkcudbright, was hopeful of another good performance on the event which featured three generations of the McRae family, as well as numerous World champions either competing or in attendance, as part of a tribute to the late, great Colin McRae.

Stephen, who is General Manager at AMD Contract Services, the Dumfries-based company owned by Fraser and Mary Dykes, where they run a plant hire and contracting business servicing the construction and forestry sectors throughout the UK, was once again driving the AMD Motorsport Ford Escort Mk2 with brother Darren as co-driver, due to regular co-driver Larry Higton having work commitments this weekend.

With the stages incorporating both the flowing 1.2-mile track around the venue just north of Dunfermline, as well as the tricky hillside rally experience and circuit access roads, the pair made a steady start to hold a top 20 position at the half way point on Saturday evening.

The mixed weather conditions of Saturday gave way to dryer conditions for Sunday’s final five stages and in front of a huge crowd and despite an altercation with a stage marker which caused minor damage to the rear quarter panel of the 2.0-litre car, they came home in 17th overall and second in class. 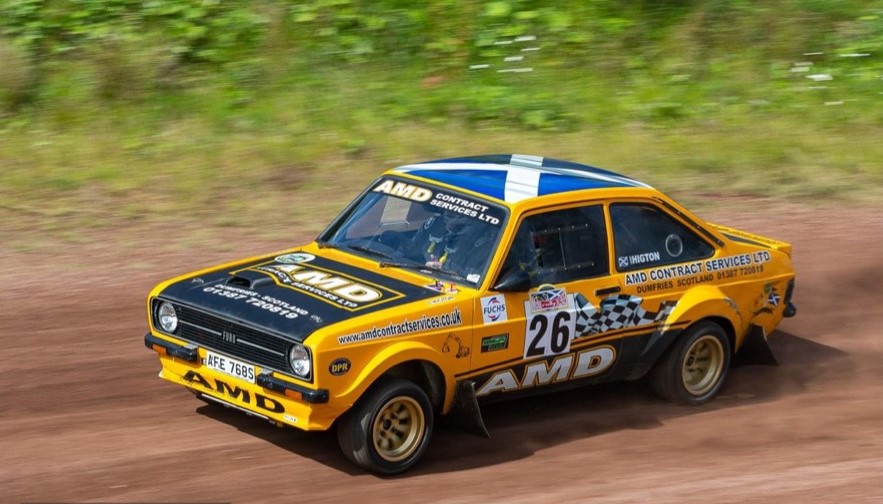 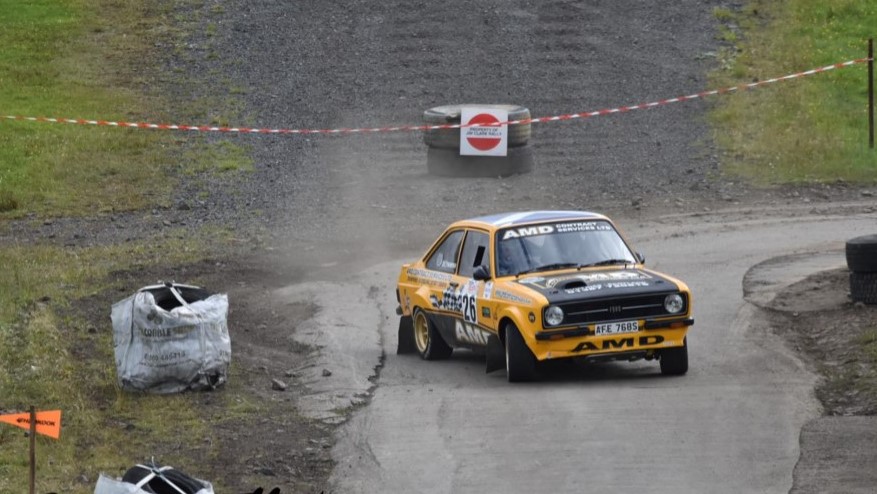 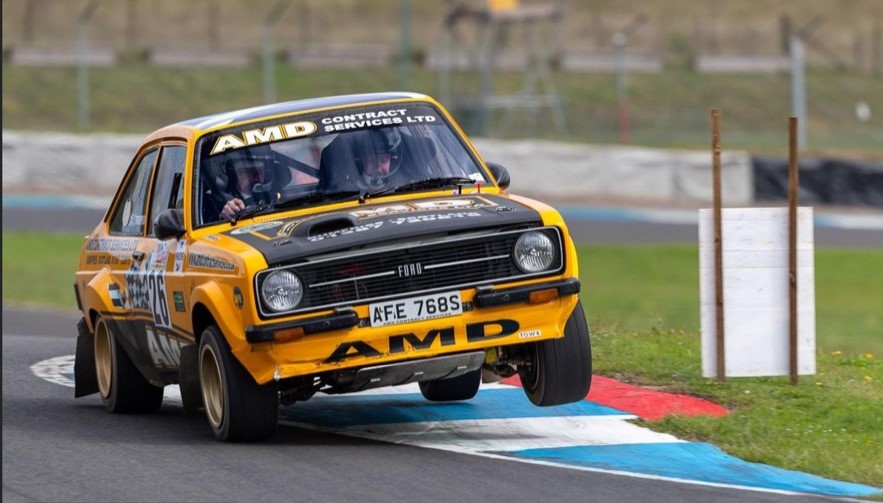 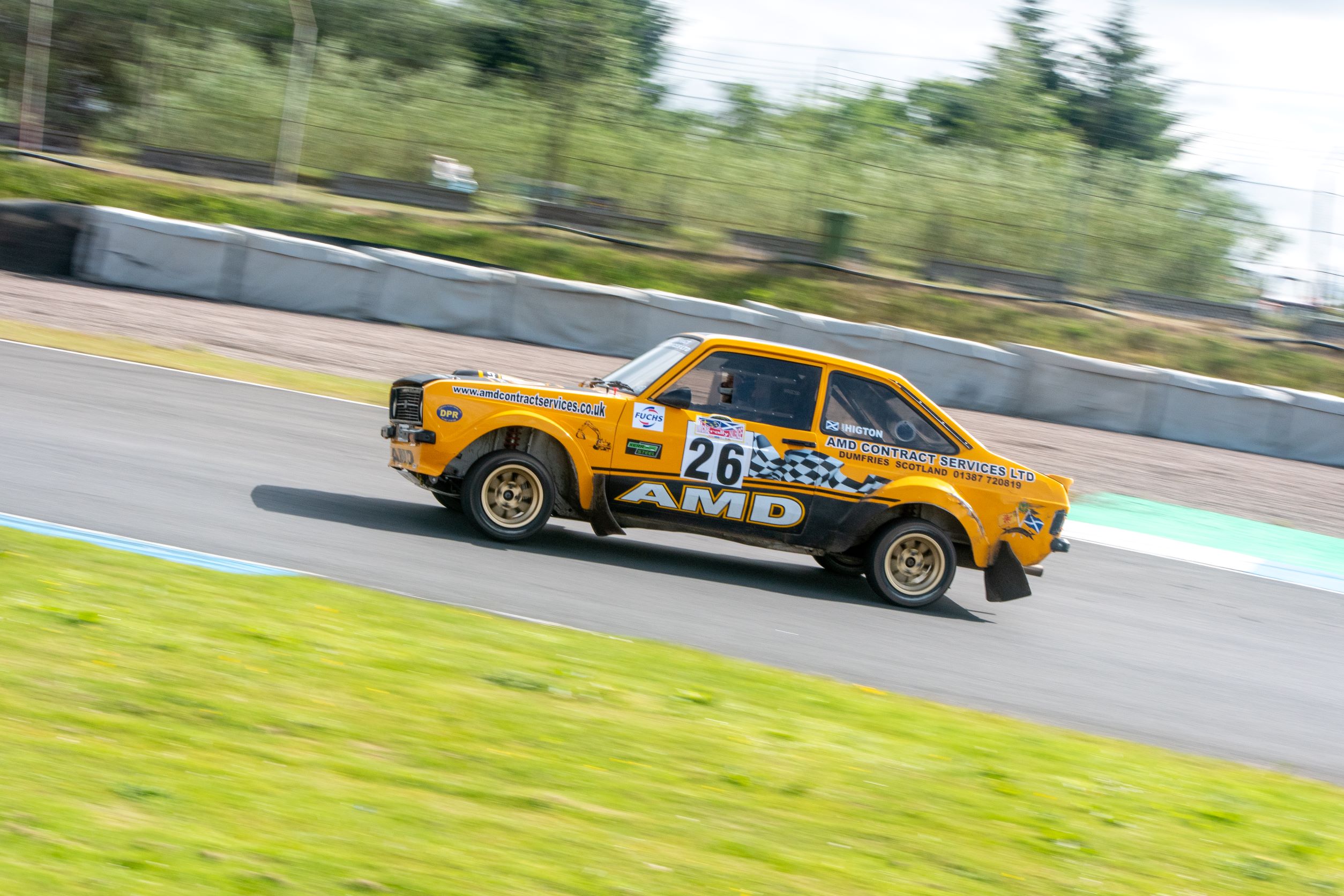 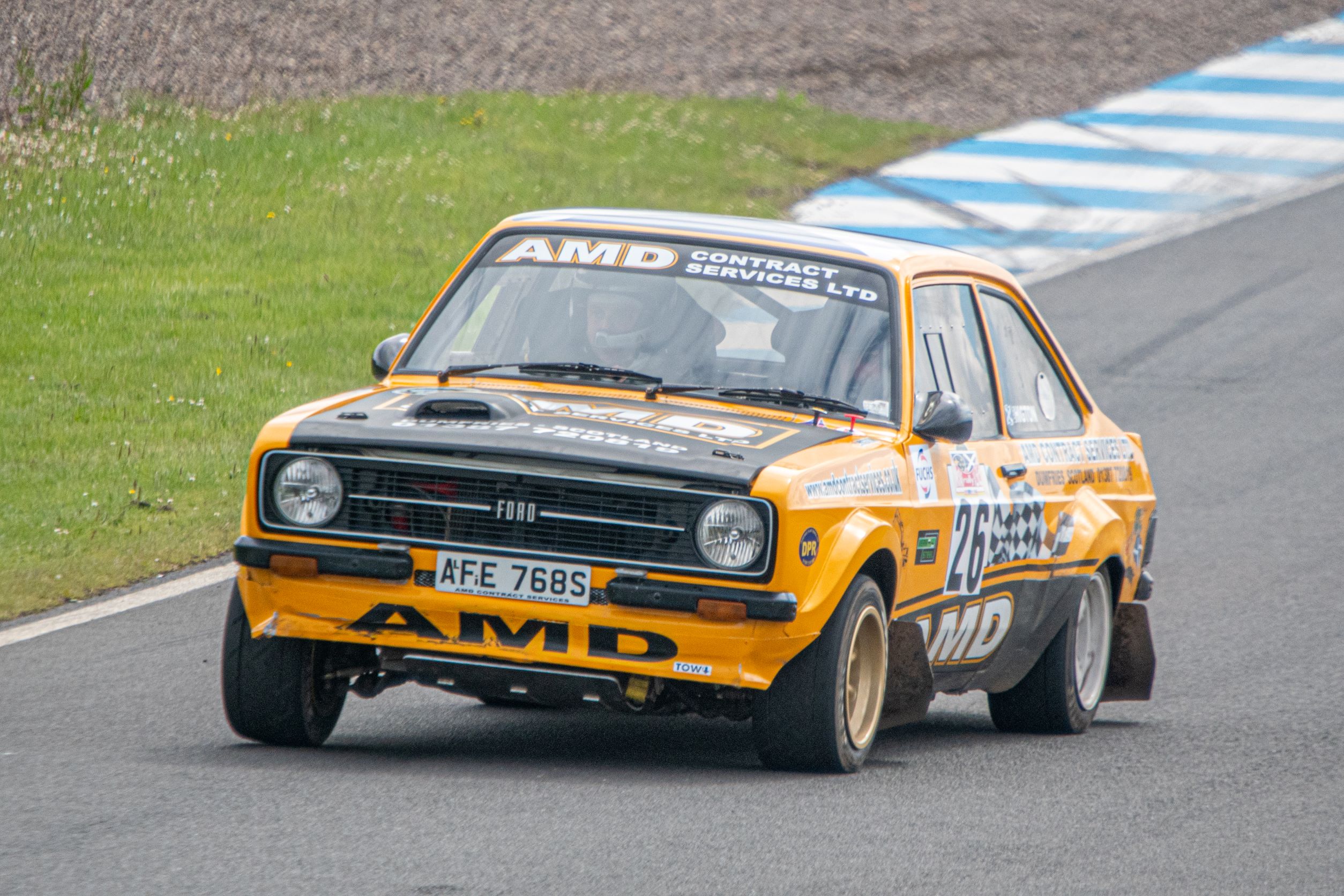