History found itself almost repeating itself for AMD Motorsport following two stellar results for the team over the past two weekends.

Last year, Irishman Richard Kerr produced a scintillating ride on his debut in the Pirelli National Superstock Championship at Oulton Park aboard the AMD Motorsport Honda followed a week later by the four-wheeled branch of the team taking a class victory on the Argyll Stages Rally in the hands of Stephen Thompson and Larry Rigton in the AMD Motorsport Ford Escort Mk2.

Fast forward a year and fresh from his debut victory at Knockhill on the AMD Motorsport Honda last weekend, Kerr’s success was complimented by Thompson, who is the General Manager at AMD Contract Services, the Dumfries-based company owned by Fraser and Mary Dykes, where they run a plant hire and contracting business servicing the construction and forestry sectors throughout the UK, who took another class win on the Dunoon Presents Argyll Rally.

Once again based at Dunoon Stadium with closed road stages around various locations of the Cowal Peninsular, this years’ Mull Car Club event started on Friday night with four stages during the evening followed by another eight stages throughout Saturday.

In the two-litre AMD Ford Escort Mk2, Stephen, from Kirkcudbright and co-driver Larry Higton from Newton Mearns were seeded at 18 in the 129-car field and got off to a steady start on the two short opening stages around Dunoon town centre before upping the pace out in the lanes to set 16th fastest time on the final stage of Friday night to hold 16th overnight.

Saturday saw two loops of four stages and the pair continued their good form with top fifteen stage times in the morning to move up to 12th overall at one point before consolidating their place in the afternoon stages to set some impressive times which culminated in a superb 13th place overall at the finish.

As a result, they won Class 7 and were second two-wheel drive car home out of the 99 finishers in a field which included many top international drivers in semi-works machinery. 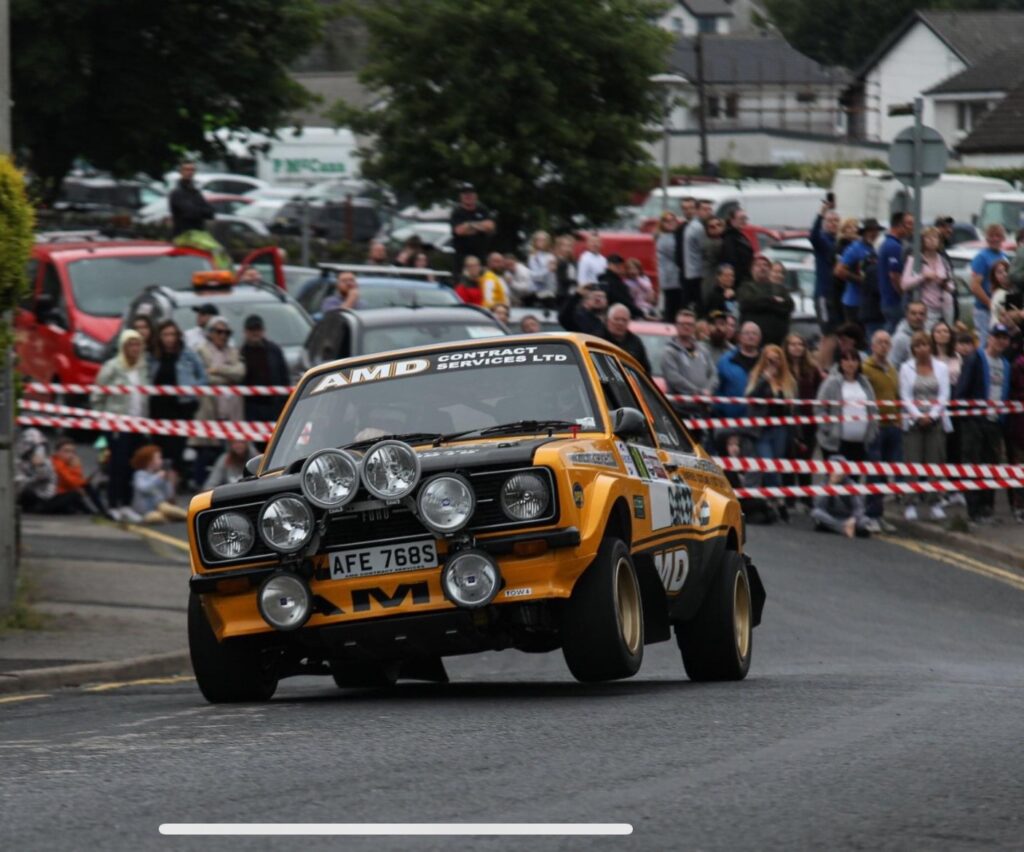